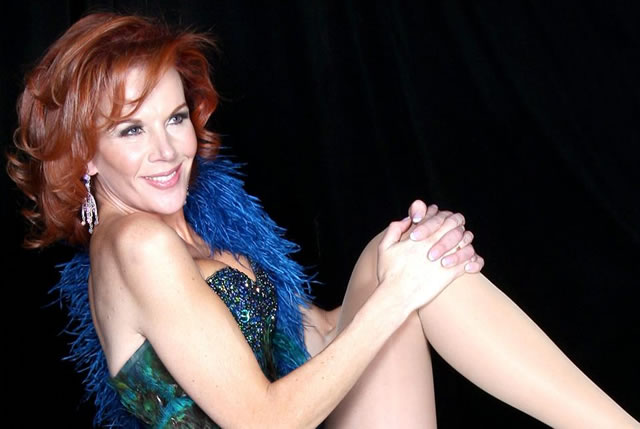 A very excited Michael Kerr, President of the Clink Theatre has advised The Newsport that the effervescent Rhonda Burchmore is coming to perform her biographical show, 'Up Close and Personal', at the Clink next Friday 10th July.

Her own website remarks that she has 'a smile that could light up the Sydney Opera house and a voice that's as big, bold and colourful as Uluru, Rhonda Burchmore has endeared herself to the hearts of all Australians.'

And after 30 years in showbusiness, this vivacious, flame-haired beauty continues to turn heads wherever she goes and draw thunderous applause wherever she performs.

Few Australian entertainers have shared her status and immense popularity amongst her peers, who admire Rhonda for her big personality, big heart and enormous capacity to give back to the industry that has shaped her career.

Her journey started with her first role as Kate in The Pirate Movie in 1982 and continued across Australia with many leading roles including performing in her own one person cabaret.  She also had a leading role on Broadway in the late nineties in the US and then to Television with her latest role being Dawn in blockbuster 'Love Child'..

She is taking a short break from her busy schedule to bring her biographical show, "Up Close & Personal" to the Clink here in Port Douglas.

This is a show not to be missed.