Do you have the region's cutest pet? 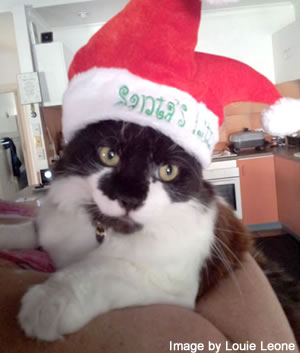 Paws & Claws are searching for region’s cutest pet and have launched a Pet Photo Competition as part of their upcoming event, Paws on the Run and Bark in the Park on Saturday April 20.

“Every pet owner thinks their pet is the most adorable thing alive, so we are encouraging owners to show them off,” event organiser Liz Need said.

To enter, become a fan of the Paws & Claws Facebook page (if you're not already) and post a picture of your pet, including their name and category, to the page’s wall.

Entries close this Saturday April 13. Finalists will be chosen and fans will be asked to vote for the overall winners via a voting app on Facebook.

Finalists will need to enlist the support of their friends and family on Facebook to vote for their pet as winners will be chosen on the most votes collected.

"This is a great way to spread awareness of the Paws and Claws Facebook page and their values, while growing their fan base,” Liz said.

Bark in the Park is a free family and pet-friendly fun day held at Market Park on Saturday April 20 from 8.30am. The event will feature a range of fur-friendly market stalls and activities, including a pet talent competition, doggy bag giveaways, random prizes, microchipping, sausage sizzle, coffee van and much more.

The Paws and Claws crew have been a busy bunch of late, having also held their trivia night at the Central Hotel on Wednesday night.

"It was a terrific night and wonderfully supported by the local community and visitors," Paws & Claws' Lucy Stanton said.