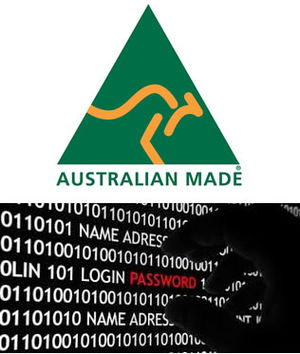 There was a time young Americans would stitch a Canadian flag on their backpacks and pretend to be Canadian so they would not be blamed for the awful things being done by their government.

It may now be time for Australian travellers to pretend to be New Zealanders, though the flag trick would probably not work.

It’s all through our own making, of course.

The latest assault on the brand comes with the assertion that Australia bugged the offices of the East Timorese Government during the negotiations over the $40 billion Timor Sea oil and gas fields in 2004.

We cannot even plead national security this time. It was just grubby commercial gain. What was Australia’s response: denial, no comment, raids on the offices of a whistleblower – the intelligence agent in charge of the bugging operation – and his lawyer. The whistleblower had earlier gone to the “proper authorities” – the Inspector General of Intelligence and Security, but nothing happened. When institutions fail, small wonder people go to the media or other outsiders.

Attorney-General George Brandis asserted that the raids were in response to an ASIO request because the agent had broken the law. What hypocrisy. Who is the more serious law-breaker here – the Australian authorities who authorised the bugging of a building in a foreign country, or the agent who disclosed the illegality?

Before that we had tapping of the mobile phones of the Indonesian President and his wife. Illegal, immoral and unnecessary. What was the response: no comment and no acknowledgement of wrong-doing. The bugging was done while Labor was in office. Moreover, in the Timor case, the Gillard Government had an opportunity to renegotiate the treaty and right the wrong, but refused.

The malfeasance has infected both sides of politics.

Earlier, Brand Australia was battered by our inhumane live sheep and cattle trades, or at the very least our turning of a blind eye to the cruelty inflicted on these animals once they left our shores. This trade is, again, immoral, unnecessary and verging on the illegal.

Again on the commercial side, government-owned corporations have been caught in corruption by bribing Saddam’s officials in Iraq so AWB could sell wheat, and by bribing officials in various countries so a Reserve Bank offshoot could sell plastic currency to them. Again, hypocrisy, immorality and illegality.

At a government level, we have bullied and, in effect, bribed Nauru and PNG into taking our refugees. Again, neither side of politics is immune. We have abrogated our responsibility to join world efforts to reduce human-induced climate change. We have dissembled and denied. We have selfishly accrued the wealth of the carbon economy and denied any duty to do anything about the damage it is already inflicting. Again, hypocrisy and immorality.

Successive governments have recklessly set in train unsustainable population growth by refusing to stand up to wealthy lobby groups whose sole concern is immediate-term profit. We have a well-functioning economy but all we do is whinge about “doing it tough” and “battling”. Worse, we have selfishly slashed foreign aid rather than spending on ourselves just to help the government bottom line.

Half our media (News Ltd) has given up on the true ethic of journalism – holding authorities to account – and instead become a lapdog for the conservative side of politics. (It would be just as bad if it were a lapdog for the left side of politics instead.) News Ltd propagandists have turned on journalists in other media (Fairfax and the ABC) for exposing the Australian tapping of the Indonesian president’s phone, accusing them of breaching national security or even being traitors.

In fact, true patriots expose any illegality of their government, not join the conspiracy. The News Ltd line is that if only the media did not expose all these things, Australia’s reputation would be intact and the government could get on with the job.

That is a dangerous path. As soon as governments, corporations and others get away with illegality once, they do it again and again. Even when caught, they go into denial and dissembling, but at least they know someone is on to them and it will be harder next time.

In the scheme of things one or two rogue incidents would not matter. And the odd broken election promise would be of little moment. But when you add up this litany of lies, illegality and immorality at the highest levels of government and business you have to ask whether something serious and fundamental has gone wrong in our country.

Even at the second-highest step in the hierarchy of our polity, an hypocrisy is exposed. Our Governor-General, the representative of the monarch in Australia, says we should become a republic. If she thought that, why, in all conscience, did she take the job? Of course we should be a republic. Why haven’t we got the courage to put aside our insecurities and get  on with it.

Perhaps the worst part is that so many of our government and commercial leaders do not see a problem with all this. The self-satisfied, dismissive smugness is despairing.

Don’t they see how others see us?

And perhaps equally as bad is the fact that there is so much that is so good about Australia. We really can do better than this. We can acknowledge malfeasance when it is exposed and take steps to ensure it is not repeated.

Obviously, other countries and governments behave equally as badly or worse, but they do not hold themselves out to be the compassionate, tolerant, liberal democracies under the rule of law that we do. Those that do, by-and-large, behave as such.